How To Schedule An Update Reminder in Windows Vista

How To Autorun Programs From USB Flash Drive

Install Windows Vista On Your Mac With Boot Camp

Internet Explorer 9 is in a different league compared with its rivals when it’s “playing the hardware acceleration.” One of the key aspects of Internet Explorer’s evolution from IE8 is the introduction of hardware accelerated HTML5. The promise from Microsoft is that developers will be able to build entirely new HTML5 experiences that will rival desktop applications. But in order for users to leverage the novel HTML5 apps, they will need to be running a hardware accelerated browser such as IE9, one that takes full advantage of the GPU in addition to the CPU of their systems.

Microsoft has offered a comparison between Internet Explorer 9 Platform Preview 2, an early development milestone of Firefox 4.0 labeled Firefox 3.7 pre-Alpha 5 and Chrome 5 Beta Build 5.0.375.38. As users will be able to see from the graphics included with this article, IE9 Preview 2 has no match in the HTML5 hardware accelerated contest involving the Flickr Explorer sample released by Microsoft on IETestDrive, built with standard HTML, CSS and JavaScript and leveraging AJAX to grab images from Flickr.

Running inside IE9, Flickr Explorer is capable of delivering an impressive 52fps (52 frames per second), while its rivals can barely make it to a top 8fps. In order to achieve 52fps, IE9 needs to update the screen once every 0.019 seconds. Essentially, the pre-release versions of Firefox and Chrome offer only 15% the performance of the hardware accelerated IE9. “When you play with the demo, the difference between Internet Explorer 9 and other browsers is crystal clear. While you can easily zoom in, out, and pan through the Flickr photos with Internet Explorer 9, it’s difficult to do this with the other browsers,” McLaughlin explained.

Microsoft also ran the Flickr Explorer in Firefox, using a nightly build, Minefield 3.7a5, which is an early preview of Firefox 4.0, the next major iteration of Mozilla’s open source Firefox HTML5 hardware acceleration test browser, planned for release by the end of 2010. Firefox 4.0 will feature hardware acceleration, as Mozilla has embraced the D2D API in DirectX 11, but, for the time being, the feature is turned off by default, and Microsoft did not turn it on.

“Firefox handles the demo much better than Chrome (…). The screen gets updated roughly once every 0.12 seconds, which results in a frame rate of about 8.3 FPS. While this is nearly double the score of Chrome, it is still quite slow and barely usable,” McLaughlin noted.

With its own hardware acceleration features turned on by default, Firefox is bound to deliver an experience better than that without them. Microsoft did indicate that it would run new tests and publish fresh results once hardware acceleration would be switched on in the default configuration of Firefox.

“Chrome is able to update the screen every 0.222 seconds, achieving a frame rate of about 4.5 FPS. Again, this results in a very choppy and undesirable experience. Chrome also does not utilize the GPU in this scenario,” McLaughlin said.

The Alpha previews of Firefox 4.0 (Firefox-3.7a5pre) are available for download here.

Next Analyze Multiple Worksheets in Excel

How to Remove Windows is Not Genuine Notification

How Do You Reformat a USB Flash Drive?

How To Add Items To Your Windows Explorer Right Click Menu

Windows XP Shutdown Too Slow – Fix It To Shutdown Instantly

How to Find Local Movie Showtimes With Google

How To Clear Your Memory Without Restarting 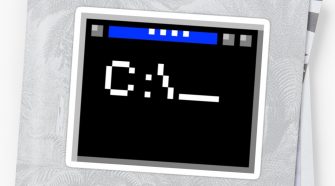 Create A Batch File To Open Multiple Programs At Once