Install Windows Vista On Your Mac With Boot Camp

How To Make Firefox Look and Feel Like IE, Safari, or Opera

CheckDisk Runs On Every StartUp

Gmail’s huge success owes itself in large part to the wide range of applications, browser add-ons, styles, scripts and bookmarklets that work with it. From the get-go Google’s stayed out of developers’ way and turned a blind eye to unofficial Gmail add-ons, even ones that may very well violate its terms of service. Smart move: Google’s high tolerance for third-party apps have only helped Gmail win the hearts of power users and tweakers everywhere.

1. Drag and drop attachment upload (Firefox)
Firefox extension DragAndDropUpload, in case you haven’t guessed, lets you drag and drop files into upload fields in web forms.
This is a handy extension to have when you’re uploading files and you’ve already got the folder open and don’t feel like digging through the Open File dialog to get to where you already are. Instead, just drag and drop the files one-by-one from the folder into the upload box

3. Import old email with Gmail Loader (Windows/Linux)
If you’ve recently made the switch to Gmail but you’re missing out on all your old email archives, the free Gmail Loader can load all your old messages into your current Gmail account. The Gmail Loader is primarily designed to import existing emails saved in the mBox format – the default for Thunderbird – so if you’re rolling with an Outlook .pst file, you might need import to Thunderbird first.

4. Check multiple accounts with Gmail Manager (Firefox)
All platforms running Firefox: The Gmail Manager Firefox add-on obviates the need to keep your Gmail open in a tab all the time by displaying your email info in a statusbar pop-up, as shown. If you’ve got more than one Gmail account, the Gmail Manager can show you information from all of them, too. The extension is highly customizable – you can show unread message counts in all labels or just the Inbox, and in the case of multiple accounts, set it to automatically switch to the one with new mail.

5. Gmail Encryption (Firefox)
Don’t like Google having all your email messages in plain text – even the sensitive ones? Install the Gmail Encryption Greasemonkey user script to add public/private key encryption to your messages.

8. Gmail Macros (Firefox)
Even Google developers have released unofficial Gmail add-ons. Keyboard-loving Gmail users absolutely must have the Gmail Macros Greasemonkey user script, which adds a Quicksilver-like interface to your inbox and killer keyboard shortcuts you can’t live without once you’ve learned them. Not Greasemonkey? The Better Gmail Firefox extension includes Macros, which was written by Google developer Mihai Parparita.

What’s your favorite third-party Gmail helper? Let us know in the comments.

Next Is Windows Spying On You?

What Is Google Updater and Why Its Running?

What Is Google Updater and Why Its Running?

How To Boost Internet Speed

How To Cool Off An Overheating Laptop 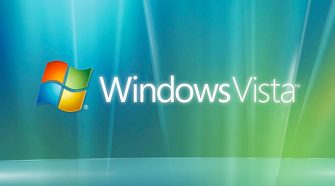