How To Autorun Programs From USB Flash Drive

Create A Batch File To Open Multiple Programs At Once

Set Your Vista 64 To A Faster Boot

To Microsoft, ‘downgrade’ describes the licensing rights it grants to older operating systems. Downgrade doesn’t mean the process for rolling back Windows from Vista to XP, since there isn’t such a procedure, not in the generally accepted use of ‘upgrade’. In an older-to-newer move, developers usually make it possible to retain all the digital detritus on the drive, from already-installed applications and Word documents to iTunes tracks and family photos, while updating the system files. Not so in a downgrade.

Specifically, these downgrade rights let owners of some versions of Vista replace it with XP without having to pay for another licence. In effect, the licence for Vista is transferred to XP. Think of it as a swap, Vista for XP, not as an extra licence. By Microsoft’s end-user licensing agreement (EULA), you can’t have both the Vista and its downgraded XP installed at the same time on the same or different machines. You have to pick: It’s one or the other.

To the vast bulk of users, though, ‘downgrade’ is a synonym for reverting to an older version. In that case, it simply means dumping Vista and returning to XP.

So, what downgrades does Microsoft allow? Owners of the OEM editions of Vista Business and Vista Ultimate can downgrade to Windows XP Professional, including Tablet PC Edition and x64 Edition. Only the OEM editions qualify for a downgrade, so if you purchased a new PC with either Business or Ultimate preinstalled, you’re in luck.

Those who aren’t: all users of Vista Home Basic and Vista Home Premium, and anyone who upgraded to Vista using a retail edition of any of the operating system’s SKUs.

Install a copy of Windows XP Professional with the product key that came with the copy, and then when you hit the activation screen which is near the end of the installation process – select the activate by phone option rather than the online method. You’ll likely end up talking with a live rep; tell him that you’re downgrading from Vista to XP, and give him the Vista product key. The rep is supposed to walk you through the rest.

Until this summer, Microsoft put the responsibility on the end users’ shoulders. For example, in this Vista downgrade rights document targeting resellers, the company said “media is provided by the customer”.

A few months ago, however, Microsoft relaxed, and began allowing resellers to provide Windows XP setup CDs to customers buying Vista Business- and Ultimate-equipped PCs. In some cases, discs are shipped with the PCs; in others, users must request them. Don’t bother calling Microsoft; it won’t provide installation media, and will instead direct you to your reseller.

If the computer maker won’t send a Windows XP Pro disc, you’re on your own. While perhaps not easy, getting your hands on the install media isn’t impossible. Any copy of Windows XP Professional will do – it doesn’t matter if it’s already been installed and/or whether the licence is in use – as long as you can find its product key. Install it using that key, then activate over the phone with the Vista key.

As a last resort, buy a copy. This isn’t a downgrade, not as Microsoft defines it, but it’s what most users think of when they use the term.

What can I do if I don’t have downgrade rights? Nothing is stopping you from punting to XP other than the money invested in the Vista licence already on the PC and what it will cost to replace it. The total may be inconsequential to some, a deal-breaker for others. But there are options.

Because you’re paying for the swap, you can switch to any flavour of XP. Windows XP Home is cheaper than XP Professional, for example. Windows XP Media Center is usually priced between the two.

Once you pick an edition, you can choose from OEM, upgrade and full product versions, which are priced in that order, lowest first. OEM, often called “system builder”, omits support and can only be installed on one machine, ever. Windows XP Home upgrade version can be installed, removed and installed on another PC, but requires proof that you own a legitimate copy of an older operating system. You don’t need to install that predecessor, only insert its CD at some point during the XP installation. Eligible versions for an XP upgrade include Windows 98, Windows 98 SE and Windows ME.

Finally, there’s the most expensive option: the full XP edition. No earlier Windows version is necessary to install this, and like the upgrade, it can be transferred later to another PC.

Of course, the most affordable downgrade is one using the XP installation CD you saved when you upgraded that well-worn machine of yours to Vista earlier this year, presuming you saved it. If you didn’t get an install disc with that box when you bought it – and some vendors don’t bother, instead slapping restore files in a hidden partition on the hard drive, which has been, of course, copied over by Vista – you may be able to pry one from the reseller. Dell owners, for instance, can use an online form to request one free copy of the install CD.

From here, a downgrade is just like any clean install. You’ll need to back up data files, record and/or copy settings and passwords, and make sure you have installation files and/or discs for the applications you’ll reinstall in XP. If you’ve upgraded to software suitable for Vista, it’s likely that the newer programs will also run under XP. Copying data and the application installation files you’ve downloaded from the web is easiest if you plug in an external drive.

Set the PC’s BIOS to boot from the CD/DVD drive – check your computer’s documentation or the manufacturer’s website for details on this and reformat the primary drive. Install XP, then reinstall all applications and copy data and settings from the external drive.

There aren’t any downgrade utilities to do the kind of work that upgrade, or migration tools, provide when you’re moving up in the world, operating system-wise, so don’t bother looking for them.

Although Vista has been out for less than a year, that’s plenty of time for change. If you bought a machine preinstalled with Vista, make sure there are XP drivers for the PC, its components and any new peripherals before you downgrade. Check the computer maker’s site. If you find any major holes, reconsider.

If you’re fed up with Vista, but not so sick of it that you’re ready to face a complete mulligan on the operating system, virtualisation might be for you. Add virtualisation machine software on the Vista-running PC, create a VM, then install XP into the VM. You’ll still need a licensed copy of Windows XP to be legit. Fortunately, unlike Vista, XP’s EULA doesn’t forbid virtualisation. (Only Vista Business and Ultimate, the downgrader’s friends, can be legally run in a virtual environment.)

The biggest bonus in going virtual is that if you change your mind again and decide Vista isn’t so bad after all, you can just delete the VM and have your old, or new, machine back.

Previous TweakUI For Vista (x64 too!)

CheckDisk Runs On Every StartUp 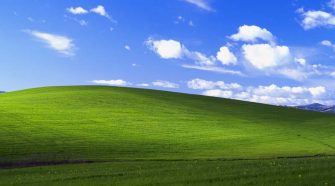