How To Manually Clean Out The Temp Folder In Windows Vista

Delete Your TEMP Files On Shutdown

We spend so much time worrying about the speed of Graphics Cards and Memory, we tend to forget about optimizing one important component of all PCS – the Hard Drive.

These 10 tips will help to speedup your Hard Drives and your file access times. The ten tips are:

By default, NTFS creates an 8.3 filename every time it creates a long filename, which adds a bit of time to the file creation process. To speed things up, you can disable short filenames using the fsutil command:

Restart your machine for this to take effect. A couple of caveats:

Let’s say you can’t disable 8.3 filenames because of older software on your machine. You can still improve NTFS performance by choosing a naming scheme for your files so that files located in the same folder differ at the start of their names instead of at the end. So for example, instead of

That way NTFS won’t have to work so hard to generate a unique 8.3 name for each file in the folder.

If you frequently need to open, close, create, or delete certain types of files, keep the number of such files in each folder small. In other words, if you have a lot of these files, create additional folders to spread them out between folders. If this isn’t practical for some reason, then the first two hacks above can help compensate for having too many files in one folder.

The default cluster size on NTFS volumes is 4K, which is fine if your files are typically small and generally remain the same size. But if your files are generally much larger or tend to grow over time as applications modify them, try increasing the cluster size on your drives to 16K or even 32K to compensate. That will reduce the amount of space you are wasting on your drives and will allow files to open slightly faster.

The second caveat means that you should also …

Fragmented drives increase the time it takes for applications to open, close, create, or delete files. A good practice is to use Windows XP’s Disk Defragmenter tool to defrag your drive at least once a week, especially if you run applications that frequently modify files and you have a lot of files on your drives. If you like, you can use the Scheduled Task Wizard to automate this process. See How to Automate Disk Defragmenter Using Task Scheduler Tool in Windows XP in the Microsoft Knowledge Base for instructions.

7. Reserve Space for the MFT

NTFS on Windows XP improves performance of the Master File Table (MFT) over Windows 2000 by not placing some of the MFT metadata files at the start of the disk. This enhancement alone can boost NTFS performance on Windows XP by up to 10 percent over Windows 2000. But you can squeeze out even better performance by ensuring that your drive has enough room for the MTF to grow if it has to. This will prevent the MTF from becoming fragmented, which is important because the Disk Defragmenter tool can’t defragment the MFT.

By default, Windows XP reserves 12.5 percent of each NTFS volume (an area called the MFT zone) for exclusive use of the MFT. So if you plan to store tons of small files (under 8K, say) on your volume, your MFT may run out of space before your volume’s free space does, and the result will be MFT fragmentation. To prevent this from happening, you can reserve additional space for the MFT using the fsutil command:

This doubles the size of the reserved MFT zone to 25 percent of the volume. Of course, this means you lose 12.5 percent of the free space used to store files themselves, so there’s a trade-off to consider when implementing this change. You can even make more aggressive changes using set mftzone 3, which reserves 37.5 percent of the volume for the MFT, or set mftzone 4, which reserves a whopping 50 percent. These extreme settings are only useful, however, if you have zillions of files, each smaller than about 1K.

To reset the MFT zone size according to your needs, do the following:

To return to the default behavior of reserving 12.5 percent of each volume for MFT, use the fsutil behavior set mftzone 1.

By default, each file and folder on an NTFS volume has an attribute called Last Access Time, which records the last time the file or folder was opened, read, or changed. This means even when you read a file on an NTFS volume, a write action occurs on that volume too. Normally this isn’t a problem, but if you have an application that tends to frequently access files for short periods of time, this feature of NTFS can really slow performance. Fortunately, you can use fsutil to disable writing to the Last Access Time attribute:

Once this is done, the Last Access Time attribute for newly created files will simply be their File Creation Time.

One caveat: disabling Last Access Time may affect the operation of backup programs that use the Remote Storage service.

9. Turn Off (or On) the Indexing Service

Finally, if you have a second physical disk in your machine, you can boost performance by moving your paging file (pagefile.sys) onto your second drive. To make this work best, do the following:

So in other words, our final NTFS tweak is to not use NTFS for your paging volume.

Next Format A USB Drive With NTFS File System 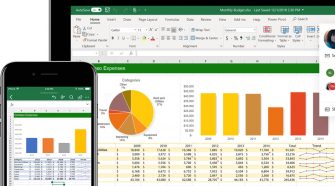