How to Search for Hardware Device Drivers Download More Effectively

Even before the release of Windows 7 Release Candidate Build 7100 Microsoft announced that it would take extreme measures in order to increase end user protection and amputate the AutoPlay/AutoRun feature of the operating system. Over a months after Windows 7 has been released to manufacturing, Microsoft is applying the same security strategy to previous Windows releases. The Redmond company is making sure that the amputated AutoPlay/AutoRun in Windows 7 will make its way to Windows XP (including SP3), Windows Server 2003, Windows Vista (including SP2), and Windows Server 2008, for security reasons.

In this regard, Microsoft has already made available an update designed to limit the AutoPlay/AutoRun functionality in Windows 7’s precursors. Essentially, following the implementation of the refresh, the AutoPlay/AutoRun will no longer display the “Install or run program” option for USB drives.

“In Windows XP, Windows Vista, and Windows Server 2003, AutoRun entries were populated for all devices that had mass storage and had a validly formatted AutoRun.inf file in the root directory. This included CDs, DVDs, USB thumb drives, external hard disks, and any volume that exposed itself as mass storage. This update disables AutoRun entries in AutoPlay, and displays only entries that are populated from CD and DVD drives. Effectively, this prevents AutoPlay from working with USB media,” Microsoft explained.

Back at the start of 2009 the Conficker worm was making a rampage, spreading at a fast pace, and having already infected millions of computers. One of the preferred methods of self-spreading for the worm was to infect removable devices, including USB drives. When a compromised USB drive was inserted into a new machine, a malformed variant of the AutoPlay/AutoRun dialog box would pop up. In this case, the end users were presented with two “Open folder to view files” options that appeared similar. However they were anything but that.

Next Disabling the Boot Logo

Do You Want to Increase Your Internet Speed?

How To Schedule An Update Reminder in Windows Vista 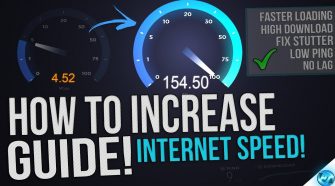 Do You Want to Increase Your Internet Speed?