How To Change The Default Font Of The Command Prompt

How Do I Install Windows XP On A Computer With Windows Vista Pre-installed?

The Multilingual User Interface Pack for Windows XP is designed to enable the end user to swap the languages for the graphical user interface. Microsoft has available a version of the MUI Pack which is tailored to XP Service Pack 2. Now, with the advent of XP SP3, the Redmond company has not made available a new variant of the MUI Pack, but instead introduced an update set up to make the Multilingual User Interface package for XP SP2 play well with Service Pack 3. The update is, in fact, meant to fix an incongruity between the MUI Pack and the gold bits of XP SP3.

“On a computer that is running the English version of Windows XP SP3 with the Windows XP SP2 Multilingual User Interface (MUI) Pack, you can select a non-English language for the user interface (UI). However, text may appear in English in the UI instead of in the selected language. The English text may appear in lists, menus, dialog boxes, product Help, and other locations,” Microsoft informed.

“As noted on TechNet off the main Windows XP TechCenter, Windows XP Service Pack 3 (SP3) is now available for download and install via Windows Update and the Microsoft Download Center. Windows XP SP3 includes all previously released updates for the operating system, in addition to a small number of new updates. Windows XP SP3 will not significantly change the Windows XP experience. We recommend customers use Windows Update to install the service pack, as it will provide the best experience,” revealed M3 Sweatt, the Chief of Staff of the Windows Core Operating System Division (COSD) at Microsoft.

Next A Real Production my.cnf File For MySQL Server 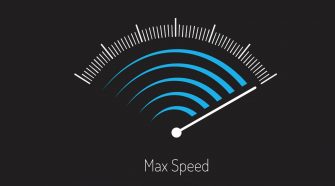 How To Increase Your Internet Speed By 20%